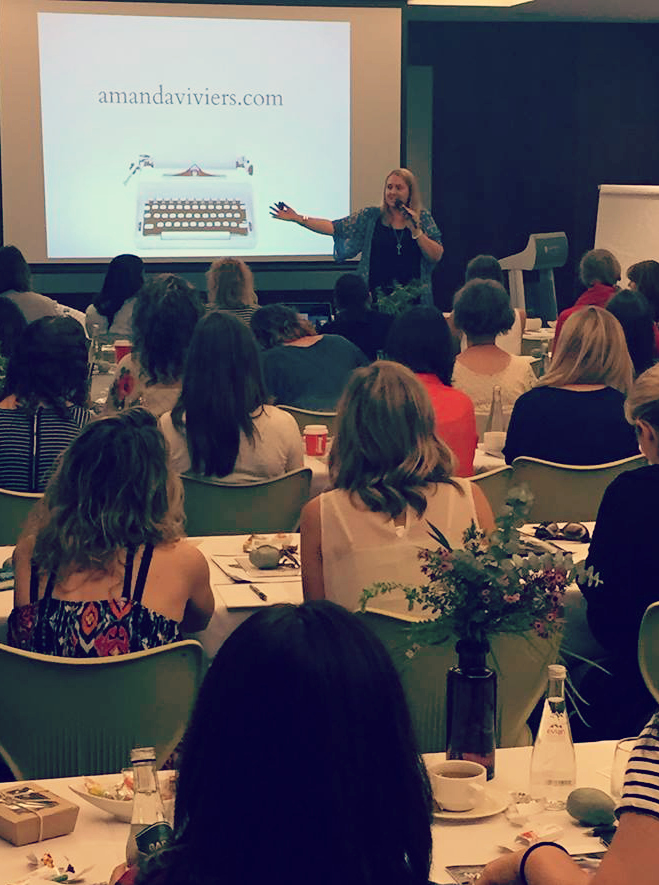 Three years ago in the midst of the crazy aftermath of giving birth to my first child, I pulled out five note cards and wrote down intentions for five areas of my life.

They were pinned up on my vision board above my computer and I muddled through the massive life change of leaving my job, my vocation and picking up the Job of Novice Mum.

I was terrified. I wrote big, audacious intentions that I wanted to do something with my years at home with little babies. I didn’t want to fade away, lost in a pile of nappies and wipes but at the same time I wanted to be present as much as possible to the fulfilment of my miracle of Motherhood being realised.

One of those big ideas on my intentions list for “My Purpose” was to run a creative retreat for women just like me. To have the courage to step out and create an event, that I would want to go to. An event that I needed.

A few days after I came home from this event realised, I was overwhelmed. I was scared, I was full of fear, “was it enough”, “did people like it”, “was it safe, was it welcoming, was it okay.” Questions that we all ask ourselves about most things in life, but when we step out and create something that you haven’t seen before, something that is original and full of your heart and personality, it is deeply vulnerable stuff. I had people asking for next years dates, I had sponsors offering to fund the next one. It was actually really scary.

As I sat there thinking about the most amazing stories that had transpired, I looked up on my dream board and pulled down those five cards. One by one, I put a line through all the things that had actually come to pass over the last few years.

I had intentions and I put them into action. They were focussed on a bigger purpose and I just had a go. I gathered a team, I looked for like hearts, I prayed, I worked hard. Together a group of like minded women, created a space were there was little competition and comparison, there was huge amounts of grace and it was breathtaking.

The funny thing is as I sat and looked at this dream realised, I thought deeply about my intentions for this year. I had just two things that were my big goals for this year. The first one to lose the weight I have gained with two babies in three years and also to publish my manuscript “Dear Single Self” for women over 25 who are single.

I sat there very soberly thinking even though this amazing event had transpired, the year was not finished yet, I haven’t achieved my two big goals for this year.

Then on Sunday the message at church that said this;

“Turn good intentions into great actions by having a big purpose, giving a big effort & serving a big God. Just do it.” Haydn Nelson. (here is the podcast of this message)

Monday morning hit and I was out exercising again, I have cut sugar and wheat out of my diet once again. I have opened up my manuscript and am ready to send it nervously out to more publishers.

Both of these big intentions are such vulnerable parts of my life. My hands are shaking as I write this blog. This year is not over though and I will keep moving towards the promises I made myself in my Change Reflection Pages.

What did you promise yourself this year?

What did you say that you would do?

I am here to tell you that the year is not over yet.

It is not too late to have another go and to rise again strong. If you wrote out your Change Reflection Pages, pull them out and have another read.

6 thoughts on “The year is not over, what did you promise to yourself.”