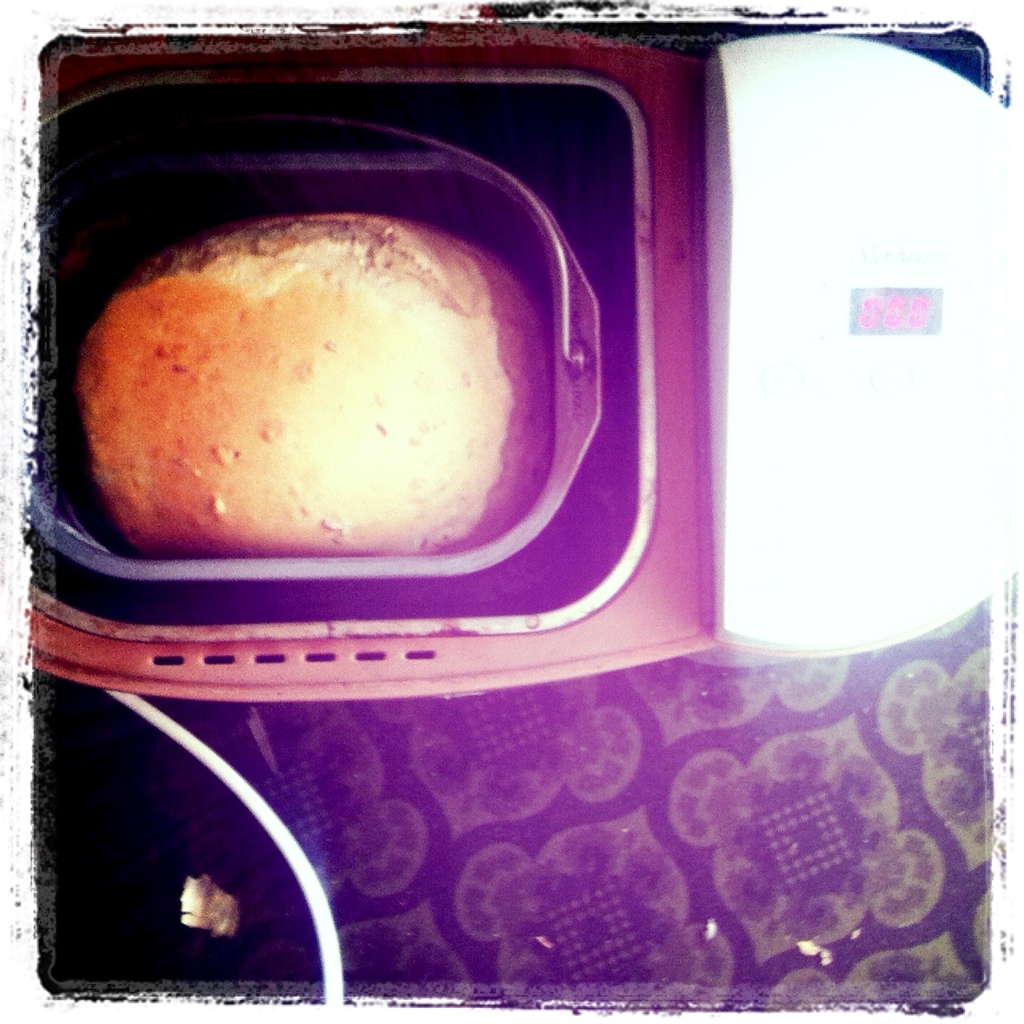 Poison: chocolate of course too much!

Today as I lie here resting, after our church service reading scripture and listening to a message on DVD and singing to our iPod I am refreshed.

Our church shaped box tells us that it’s the pews we sit on, the worship team up in lights, the suits and clothes we adorn that make church.

What makes church is the people first and foremost and Christ risen.

If he didn’t rise, we wouldn’t have anything to celebrate.

His funeral cloths were laid empty on the floor of his tomb and he walked free from death.

The smell of fresh bread is pervading every corner of our holiday abode.

That’s what the resurrection of Christ is to me.

It smells like fresh bread. Not stale religion, not stuffy rules and regulations, not bossy, fake humility filled people.

Fresh, real, organic people who are inspired and living a relationship that is not stale and moldy.

How is your relationship with the risen Christ?

Is it full of yesterday’s bread?

Is it old and stale?

Or is it fresh with the power of the resurrection today.

Early on the first day of the week, while it was still dark, Mary Magdalene went to the tomb and saw that the stone had been removed from the entrance. So she came running to Simon Peter and the other disciple, the one Jesus loved, and said, “They have taken the Lord out of the tomb, and we don’t know where they have put him!” So Peter and the other disciple started for the tomb. Both were running, but the other disciple outran Peter and reached the tomb first. He bent over and looked in at the strips of linen lying there but did not go in. Then Simon Peter came along behind him and went straight into the tomb. He saw the strips of linen lying there, as well as the cloth that had been wrapped around Jesus’ head. The cloth was still lying in its place, separate from the linen. Finally the other disciple, who had reached the tomb first, also went inside. He saw and believed. (They still did not understand from Scripture that Jesus had to rise from the dead.) Then the disciples went back to where they were staying. Now Mary stood outside the tomb crying. As she wept, she bent over to look into the tomb and saw two angels in white, seated where Jesus’ body had been, one at the head and the other at the foot. They asked her, “Woman, why are you crying?”
“They have taken my Lord away,” she said, “and I don’t know where they have put him.” At this, she turned around and saw Jesus standing there, but she did not realize that it was Jesus. He asked her, “Woman, why are you crying? Who is it you are looking for?”
Thinking he was the gardener, she said, “Sir, if you have carried him away, tell me where you have put him, and I will get him.” Jesus said to her, “Mary.”
She turned toward him and cried out in Aramaic, “Rabboni!” (which means “Teacher”). (John 20:1-16 NIV)

Is your Christ dead or alive?