About that time Caesar Augustus ordered a census to be taken throughout the Empire. This was the first census when Quirinius was governor of Syria. Everyone had to travel to his own ancestral hometown to be accounted for. So Joseph went from the Galilean town of Nazareth up to Bethlehem in Judah, David’s town, for the census. As a descendant of David, he had to go there. He went with Mary, his fiancée, who was pregnant. (Luke 2:1-5 MSG)

God works everything together for his purposes and plans.

The leaders of the day are calling every person back to their original villages and this became the perfect backdrop for a Saviour to be born.

I was reading up on Caesar Augustus, because I had assumed he was a bad leader, but he wasn’t he brought the world into a era of peace as Christ was born.

One commentator said this;

‘Beyond any argument as to Luke’s historical sources is his basic conviction that emperors, governments, and laws serve the purpose of God, often without knowing it. In this, Luke agrees with Isaiah 45:1. Caesar Augustus is more than a date for the story; he is an instrument of God’s will. There does not have to be a miracle or an unusual event for God to be at work. God works miracles in Luke, to be sure, but God works without them, too. [p. 34]’

God is at work in the everyday of our nation.

It actually makes me smile sometimes how people react so strongly to laws that are enacted in our society today.

Christians picketing, yelling and living completely opposite to everything that the gospel stands for. All in the name of justice against laws being past that are supposedly ‘anti-God’.

The crazy thing is we forget that God is in control not us and he brings all things together for Good.

This part of the nativity story shows us this.

The census became the backdrop for god to hide this birth in the back stables of a little town in the middle of nowhere.

We think we are in control, but ultimately God always has the last say.

This part of the nativity story makes me smile.

God works all things together for good.

Even a crazy census, when there is no room left at any inn in the village to give birth to a Saviour.

If your Christmas is a little chaotic, no stress at least you are not having a baby in the midst of a census and in a barn. 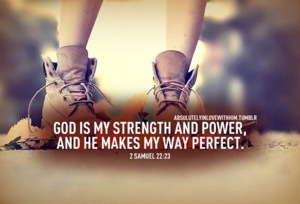