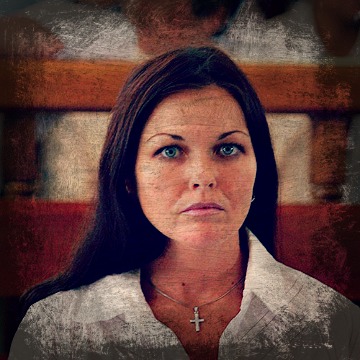 Our family are regular holiday makers on the island of Bali. The longer we visit there, the more we realise that we know nothing about the rules of the land and the chaotic nature of their legal system.

We have been holidaying in Indonesia for over 25 years as a family, my dad has a villa there. Even today we are just as confused when we visit, as I remember when I was a 10 year old driving through the streets, bemused by the Bimo’s, people yelling Jiggy-Jig and the incessant offerings of marijuana, speed and viagra. As much as we are often overwhelmed at the chaos, we are addicted to it’s offerings. We love the people, it’s raw craziness and our unforgettable memories. About 7 years ago, whilst holidaying in Kuta, I decided spontaneously that I wanted to go meet, convicted drug smuggler Schapelle Corby. I didn’t have any strong opinions about her conviction, I was just a 20something woman, who was the same age as this beautiful girl from Australia. I had followed her story keenly, ever since the story broke on the 27 May 2005.

What propelled my interest on this particular trip, was that I was staying next door to the hotel that the Bali nine were arrested in. It was during this holiday that Schapelle and their plight was fresh on our lips.

My sister and I decided one cool morning to go to Kerobokan Prison and just see what happened. We had no motive other than wanting to hopefully encourage someone who was in the most appalling situation. Whether guilty or not, she was in hell.

We packed up a bag of goods, shower lotions, soaps, magazines, creating a little package of love from girls aware of the crazy situation. I put one of my books in my package for her, hoping some little piece of inspiration would arise in this crazy place. Just simple girly things. At the least if we couldn’t get into the prison, we decided we would leave the package for her and believe for the best.

We hired a Bimo and drove to the jail not knowing what to expect and to our absolute terror, the guard we meet at the front door said, you give me a bribe and I will let you in. It was that simple. (Apparently it is no where near as simple anymore, because of all the people that have taken advantage of this old system and gone in with agenda and malice.)

With our bribe paid and our mobile phones, money and valuables taken off us, we waited until a male guard with a gun came towards us and led us into the main area of the prison. We were terrified and excited all in the same breath.

On the other side of the prison walls, I starkly remember bright white tiles that were covered in mould, dirt and disease. I remember walking past other prisoners in their cells. I could only describe their holdings as small shower type rooms, with a dirty mattress on the floor and little spatterings of newspaper articles, pictures and pencil-drawn love drawn on the walls to try and make their living hell, home.

Then we walked into a big holding yard, an outside recreation type of area. This outdoor yard had no outdoor settings or places of rest and relaxation, that usually can be found in Bali hotels. It was black dirt, with patches of weeds, with rubbish and squalor.

We were then led past Schapelle’s prison cell and she was let out by the guard and we together walked into a larger holding area. When we came to this meeting type of room we were instructed to sit on the floor and there Schapelle Corby sat with us and meet these random Aussie girls.

Just a group of girls, from the same country, sitting on the floor, legs crossed in a circle, talking and exchanging stories.

As we sat on the floor, with cockroaches running past, we gave her a little package of love and we said we hoped we could help or comfort her in some way.

I am not sure whether our visit helped or hindered, but our heart was to sit in the midst of her suffering and just listen. To visit as Australian women, aware of her hell, but completely unaware of what it meant to live under such scrutiny and pain. We simply chatted, prayed, listened and hoped for better days.

The conditions of the prison appalled me.

I walked away holding my breath, aware that one silly decision, or one act of malice, I too was one step away from a life curve ball that irrevocably changed me forever.

I didn’t walk away passionately saying she has been wronged.

At the same time I didn’t walk away in prejudice saying she is guilty.

I came away completly overwhelmed at the dire situation of this dear woman who was the same age as me.

I walked away knowing she was just a girl, sitting in a dirty prison cell, surrounded by dirty, angry prison guards, who deserved dignity.

Dignity that every human being deserves, whether guilty as charged or not.

Dignity that every person deserves to live out their sentence in peace.

Today as I watch the media scrum gather again for their piece of meat, for their story, for their bit of grit, I have one simple prayer.

The masses please her bring dignity.

No matter your opinion every person deserves peace and dignity.

On mass our human kind can be so cruel.

You’ve had your meal and you nearly broke her.

Let her live now in peace