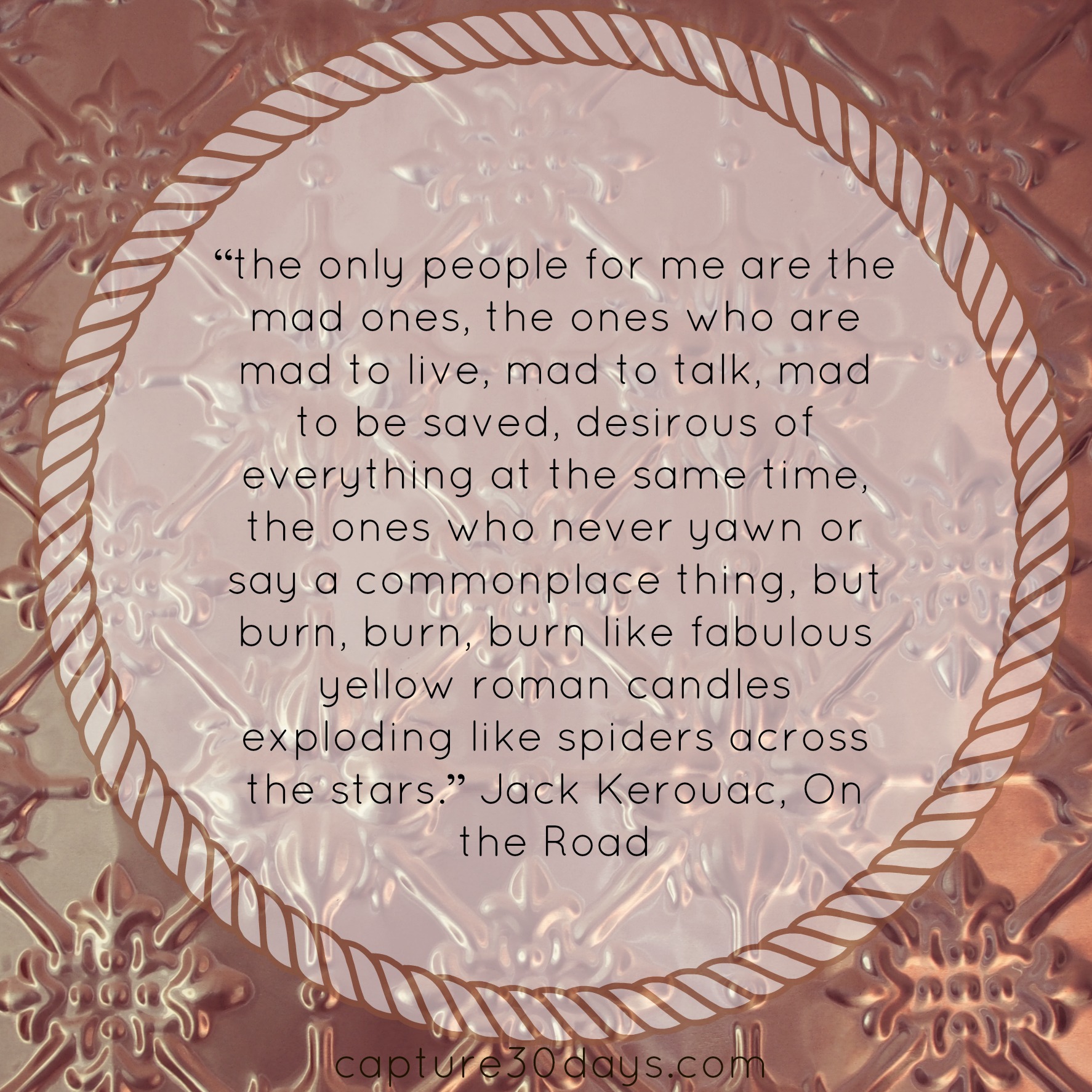 Today marks the start of a very special week, it is birthday week for my little man Maximus, he turns two this Wednesday. Tonight is family night and I have been baking cupcakes and covered them in all things aeroplane and helicopter!

It is times such as this, that you take time to reflect on what you want for your children. I find birthday’s very sobering. Another year older, a time of reflection and a time of thanksgiving.

I am thankful that I even had the opportunity to become a Mum, because so much of my life I thought I wouldn’t be one.

My heart felt cry for my son as he grows a year older that he would find what he was created for.

“The only people for me are the mad ones, the ones who are mad to live, mad to talk, mad to be saved, desirous of everything at the same time, the ones who never yawn or say a commonplace thing, but burn, burn, burn like fabulous yellow roman candles exploding like spiders across the stars.”
Jack Kerouac, On the Road

That Maximus would be a little mad. That he would embrace his eccentricities and he would burn. That he would live life to the fullest.

His current obsession is Helicopters and as I write he is laying on the bed beside me watching a helicopter documentary on my iPhone. His Oupa is a aeroplane mechanic and he is enthralled with anything that flies.

That he would live inspired.

Inspired to live for others and beyond himself.

I don’t want him to be like everyone else.

I want him to embrace life to the fullest and live boldly.

What do you want for your life?

Do you want to just fit in?

Do you want to live a common life?

or do you want to live on the edge, embracing the uniqueness of your life and live inspired.

I have begun a little project called March Inspired read this link to find out more and join the journey towards living March more inspired.

Must get back to finishing my cupcake project.