There is nothing worse than living a life plagued by regret.

Finding time to recalibrate yourself only to fall down once again.

It’s one of the slimiest emotions. It sneaks up on you and then smacks you over the head.

It gives you a headache that stays around well after the taste of the forbidden fruit has faded.

Why don’t we get the emotional kick of regret before we make the decision?

Why is it remorse we feel rather than a preface?

Do you want to live without regret?

One of the only factors that combats regret is discipline. Building a life and character that says no, when everything within you wants to say yes.

Building a life and character that sticks to the goals and plans you prepare and following through even when everything seems to be against you.

Friends are great motivators to stave off regret.

Husbands and wives are also, if you are really humble.

At the end of the day though regret comes when we disappoint ourselves.

So, what do you continually regret?

Icecream?
Laziness at the gym?
Chocolate?
Gossip?
Sleeping in?

Take it a day at a time and take on those goals that you have set.

Regret is an awful hangover.

Prepare to combat it by saying yes when everything within you wants to say no!

I believe you can live with no regrets. 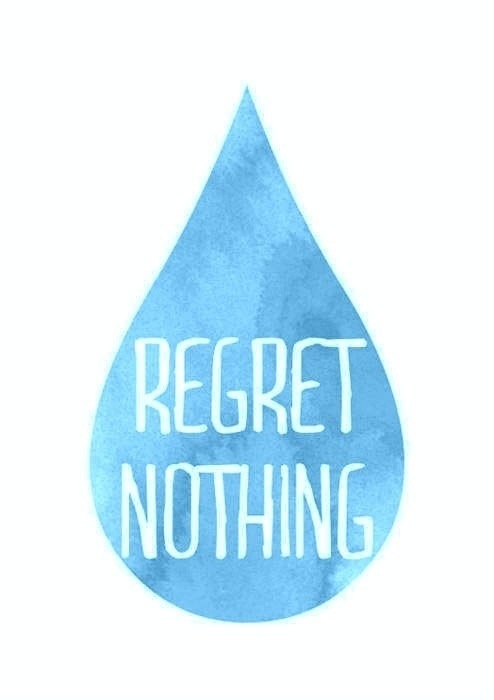